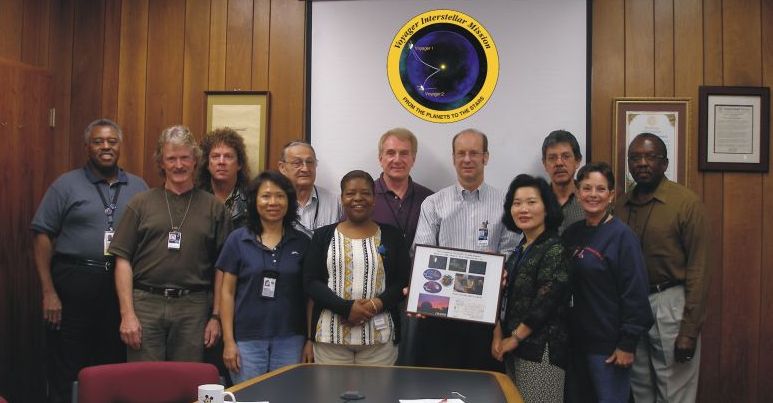 We received the following letter and photo from the Voyager flight team, after they received our “QSL card”:

On June 6, 2007, the Voyager Flight Team opened the photo we received in the mail from you (AMSAT-DL). Congratulations on your successful downlink acquisition of Voyager 1 at your 20 meter tracking station. Acquiring such a distant object is a remarkable achievement, especially for an amateur team. Thank you very much for your interest in Voyager.