15.02.2019 After the ceremonial opening of the teleport of Es’hailSat, in the presence of the Prime Minister of Qatar and other high-ranking representatives, the QARS also released the two transponders of Es’hail-2 / P4-A / QO-100 for official operation by radio amateurs worldwide on February 14, 2019.

A71AU was addressed via QO-100’s WB transponder and was a key part of pressing the Red Button in the control room. The video received was played on one of the large screens at the same time as the opening and was well received by the audience. 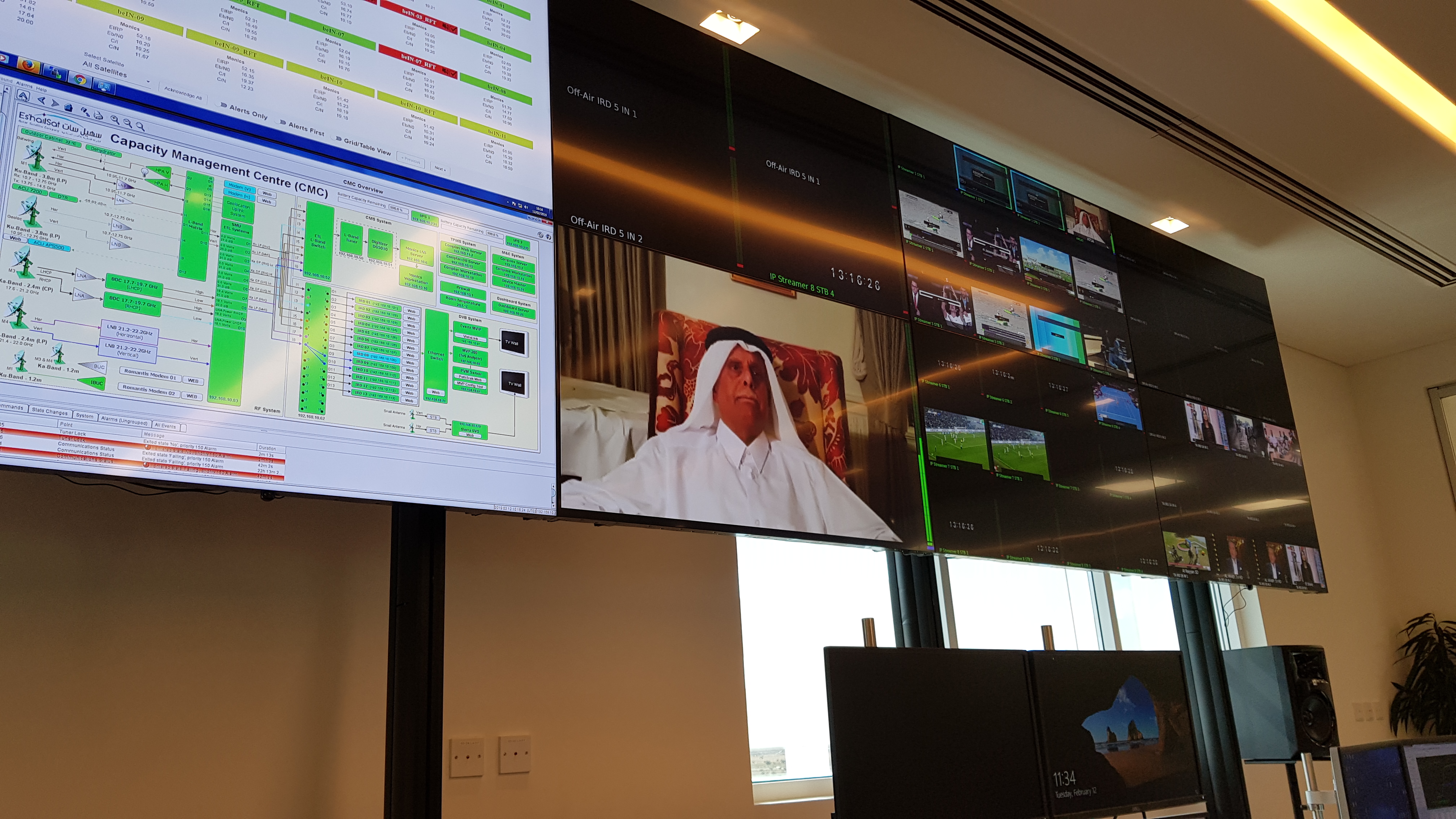 Currently, the AMSAT-DL P4-A team in Bochum and Doha is still in the process of setting the optimal transponder parameters.