The QO100 antenna arrived together with all other AMSAT-DL amateur radio equipment shortly after New Year at Neumayer Station III, the German Antarctic research station of the Alfred Wegener Institute.

The cover photo was taken on January 10, 2020 by Roman HB9HCF, who is already there along with DL3LRM. The 1.2m antenna with the radome was lifted by crane onto the roof of Neumayer Station III for permanent installation. 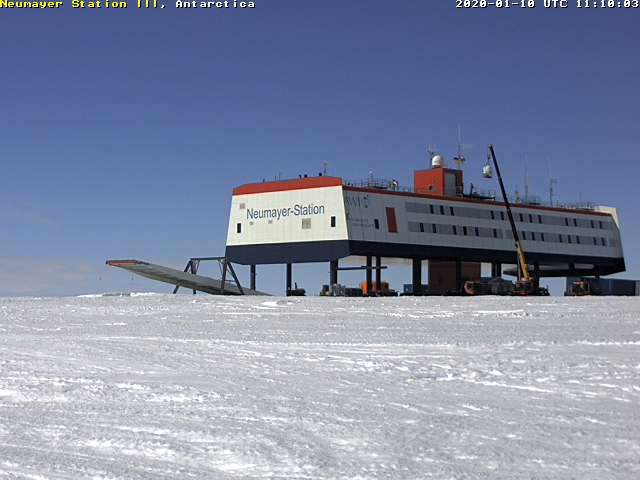 At the same time another group with DG1MD, DL1TOG and Felix DL5XL was on the way to the Russian Novolazarevskaja station, but had to return to Cape Town after only 3 hours flying time due to bad weather conditions. With a delay of 4 days, the team finally arrived safely at Neumayer III Station late in the evening of 14 January.

Felix will carry additional equipment in his carry-on luggage and will lead the installation of all equipment for the narrowband and wideband transponders, including DATV, upon his arrival. In addition, a receiving station for the FunCube satellite will be set up, provided by the AMSAT-UK team, and will later use the QO100 station to transmit telemetry in real time via the NB transponder.

If there are no further delays, it is hoped that the narrowband transponder can be operated by DP0GVN in SSB/CW as early as February or even as early as the end of January 2020 – let’s be excited!

Other parts of the station such as the broadband setup for DATV transmission and the AMSAT-UK FunCube receiver will follow later as time permits. The entire team at DB0GVN is already very excited about our AMSAT ground station at Neumayer-III Station, but work at other scientific facilities is of course a higher priority.

The good news is that Roman HB9HCF is part of the 2020 wintering team and will be there until February 2021! Felix DL5XL will hand over the whole project to Roman before he leaves. Roman is still a young radio amateur, but an experienced electronics engineer. He will have time to do the remaining work once the “summer guests” have left.

The media are also accompanying the current expedition.

The Weltspiegel reportage: Antarctic expedition is still available online until 7.12.2020 and provides interesting insights into life on the German polar research station. It shows how the effects of climate change are being researched under extreme conditions.

Work in Antarctica continues. On January 24, the construction team bolted the QO-100 antenna into its final position. Further work on the wiring will follow. 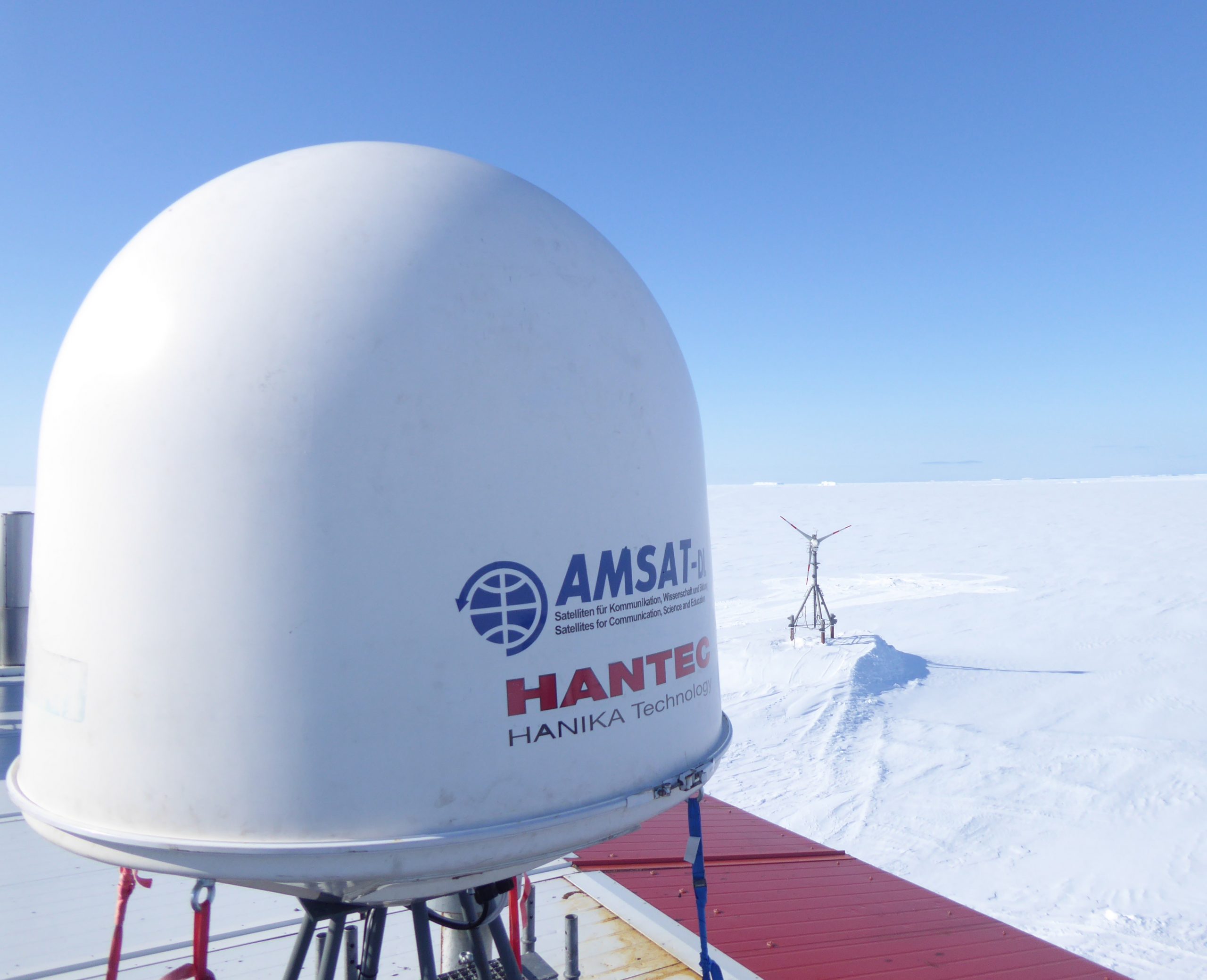 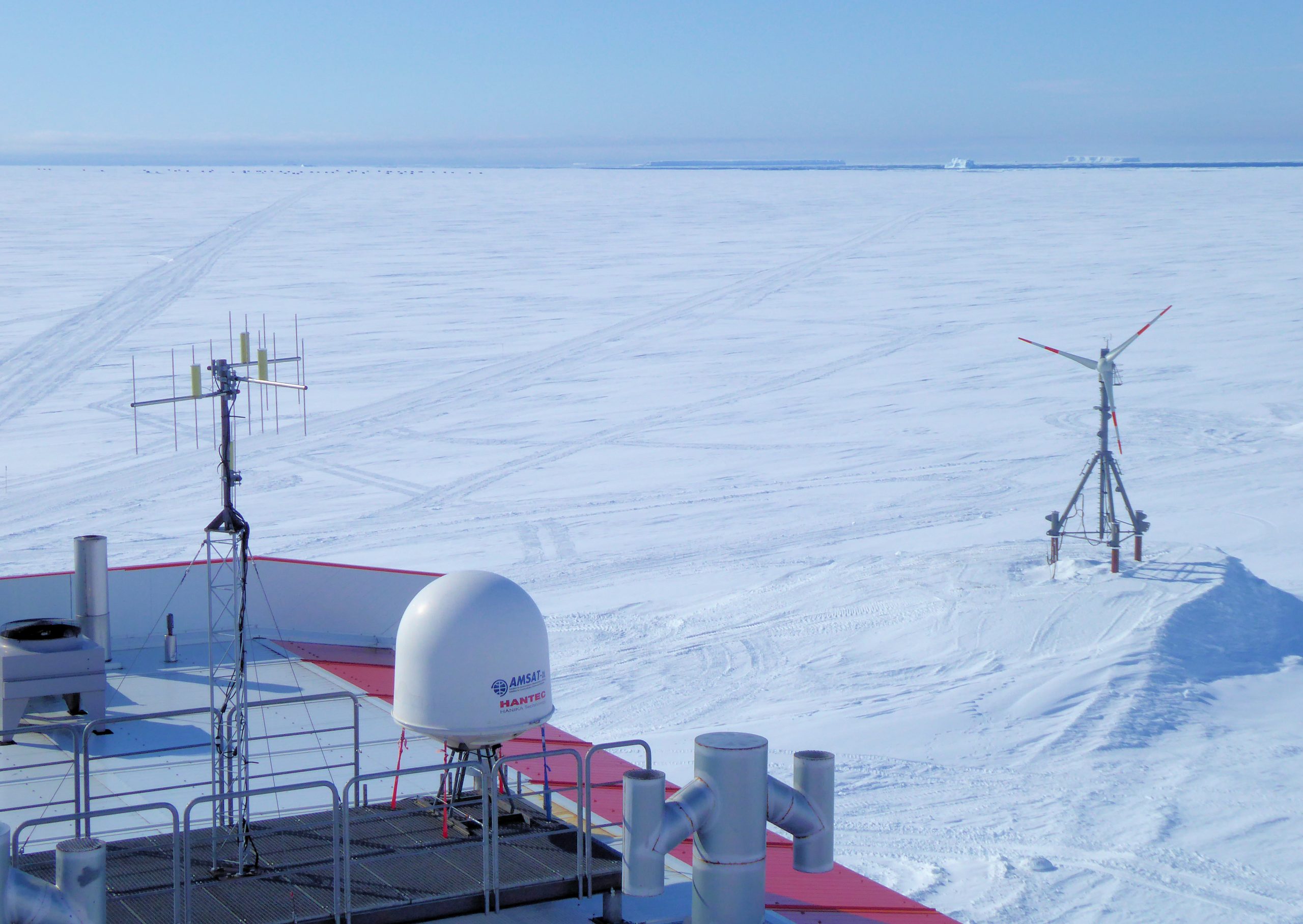