A portable satellite station for the QO-100 geostationary satellite (Es’hail-2) was commissioned on the icebreaker FS “Polarstern” at 14:23 UTC on December 27, 2020, with an initial QSO between DP0POL/mm and DK3ZL. A very special experiment, originated from an idea of Felix DL5XL and Charly DK3ZL. AMSAT-DL spontaneously supported this project by providing a complete 6 Watt transverter radio station, as well as a 75 cm dish on a tripod.

Charly DK3ZL first tested this system extensively via QO-100 at his home for a few days before he personally brought it to Felix DL5XL in Bremerhaven for handover on December 6, 2020. On the same day, all the equipment was loaded onto the research vessel Polarstern, while the entire crew remained in quarantine for almost 2 weeks. On 20 December 2020, the Polarstern then set sail from Bremerhaven and embarked on the long voyage to Antarctica, non-stop.

In agreement with the responsible board engineer of Polarstern, Jörg DJ0HO, who is responsible for the callsign DP0POL on Polarstern, the station could be set up in front of a container on the upper deck, depending on the weather situation (see cover picture). Theresa DC1TH and Felix DL5XL are thus able to make radio calls in their spare time during the several-week trip to Antarctica. After the premiere there was an impressive “pile-up” of up to 40 kHz on the NB transponder on the following days. 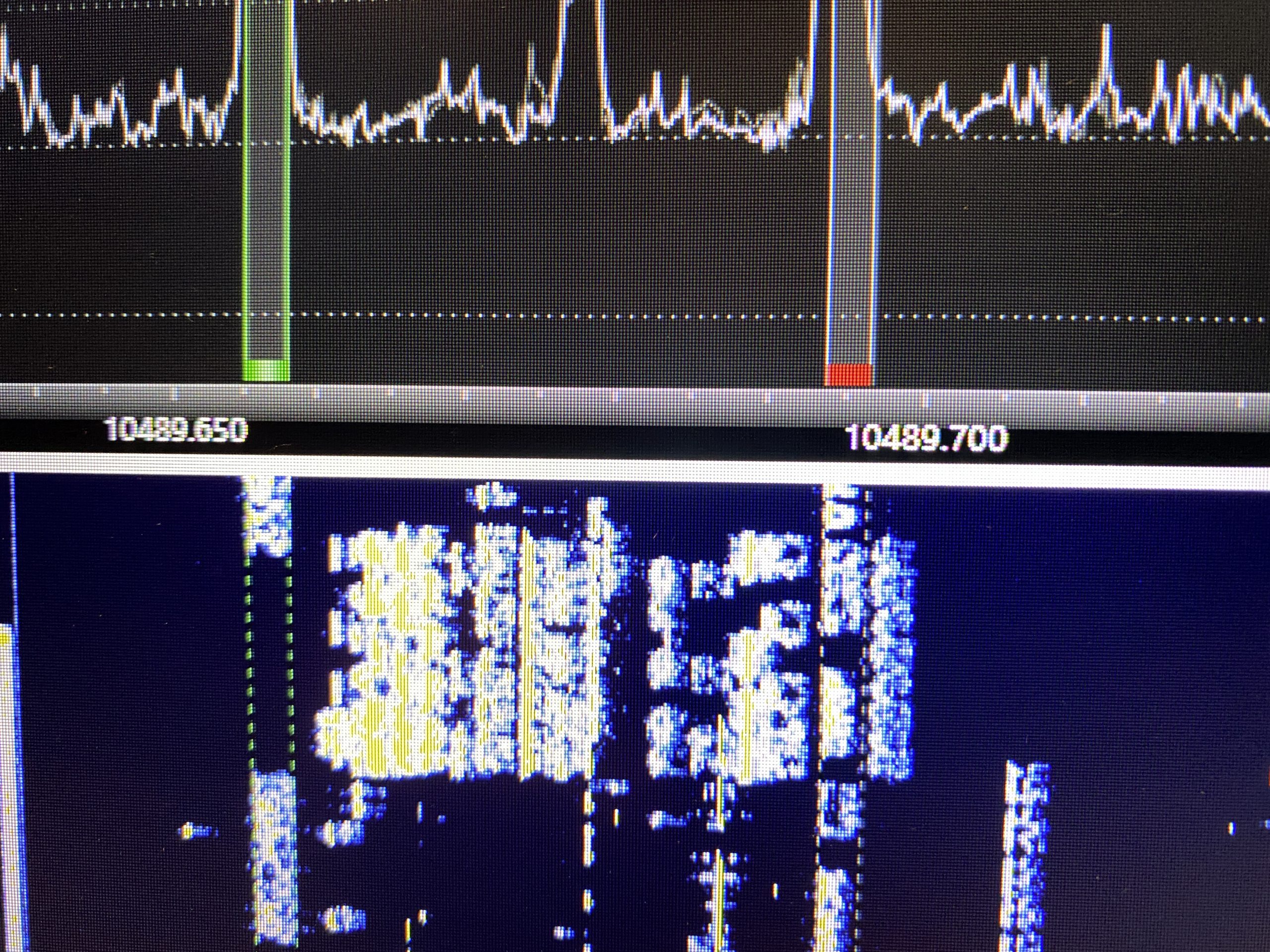 Here, of course, the split operation, which Felix masters to perfection, proves its worth. Good for the one who has made his radio station full-duplex capable as recommended by AMSAT. 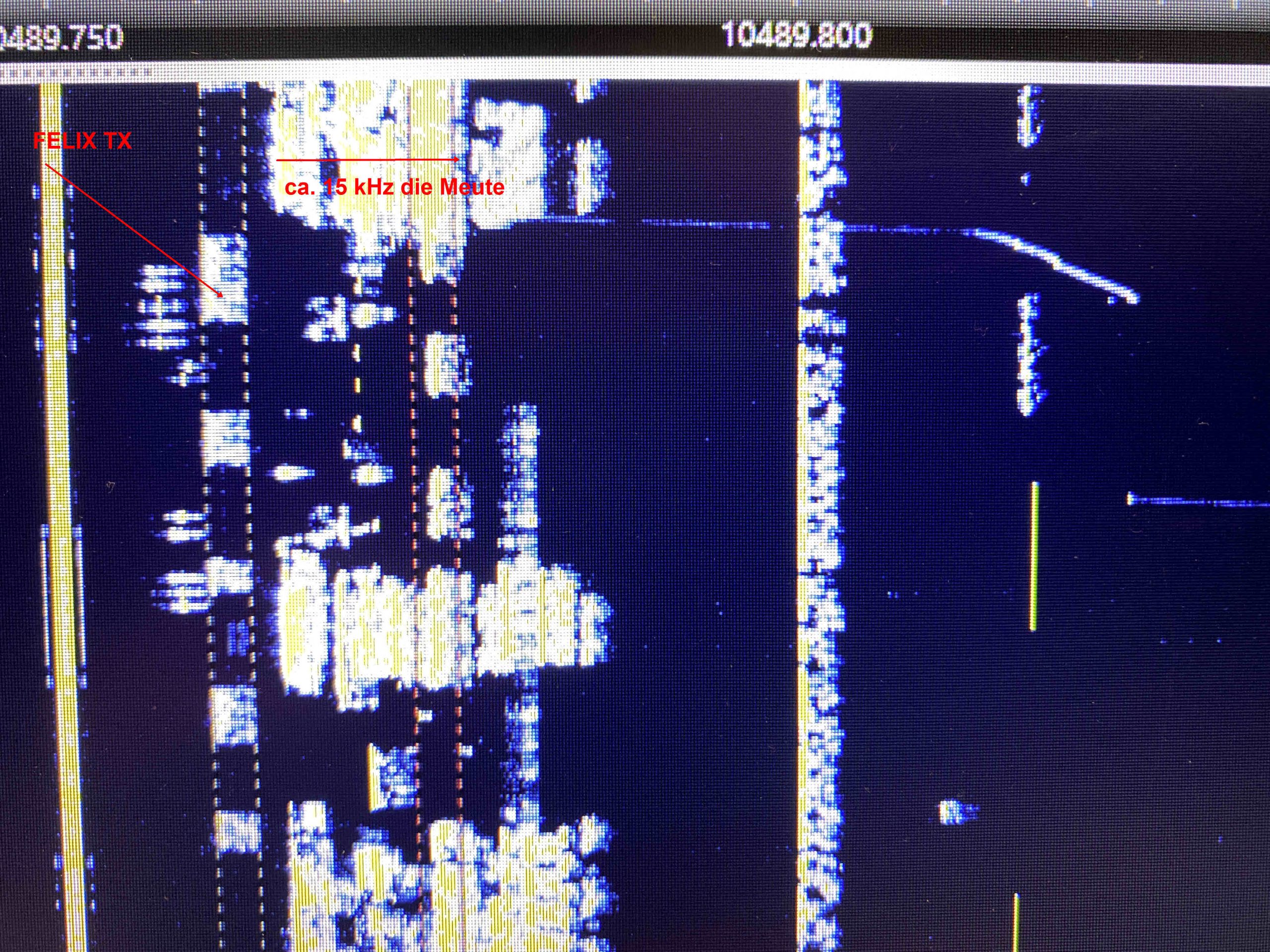 Radio operation via a geostationary satellite from a moving ship is a relatively new aspect for the amateur radio community and leads to unprecedented experiences. Back in May 2019, HS10KING/mm was active as a special amateur radio station aboard a Thai aircraft carrier in the Gulf of Thailand for a few days. At that time, however, QO-100 had only been in operation for a few months and was still less well known among most radio amateurs. This is of course different now and so many radio amateurs are now waiting for the right opportunity to contact DP0POL/mm via QO-100. During a longer period of activity of the two IT engineers Felix (DL5XL) and Theresa (DC1TH), who are on their way to Neumayer Station III in Antarctica, the ship passed up to three different large grid-locator fields. This meant that the huge pile-ups then started all over again. There has never been anything like this before on DXpeditions and of course more large grid-locator fields will be activated. 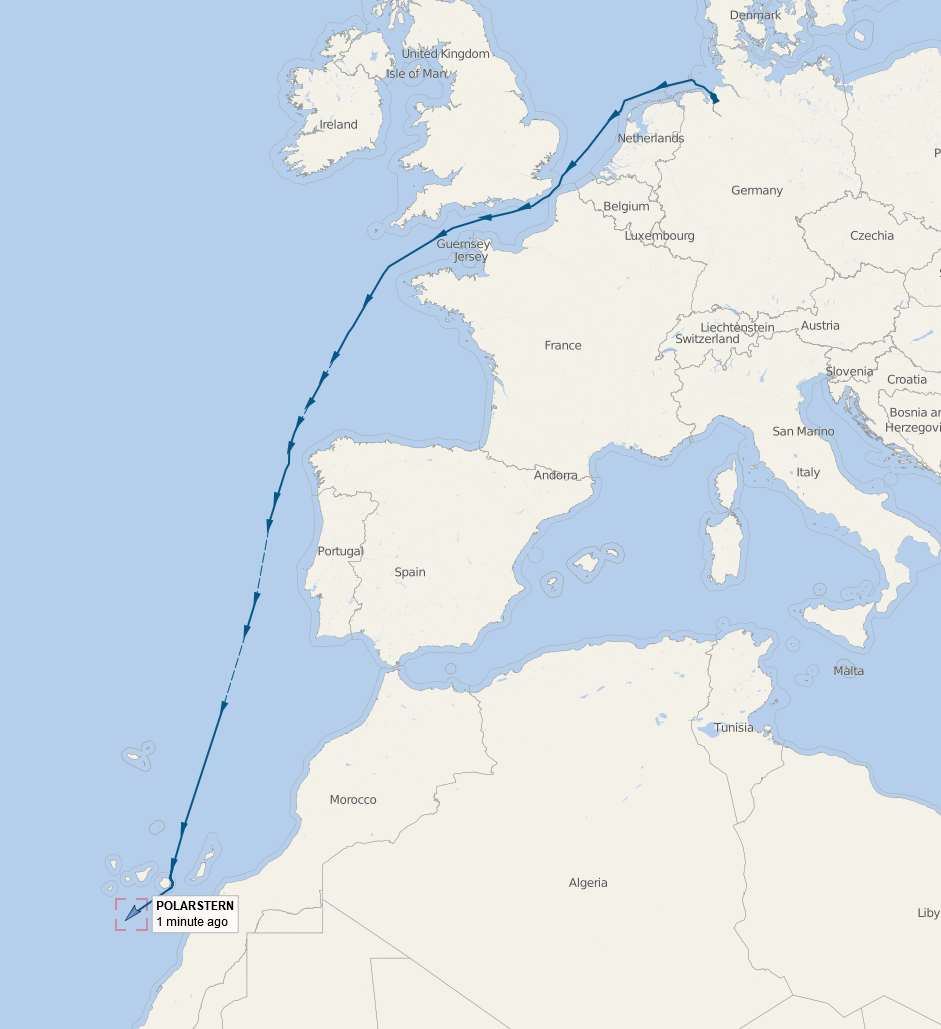 The distance covered so far by Polarstern after 1 week of sailing.

In addition, Felix on board Polarstern is carrying new hardware for the QO-100 station on Neumayer Station III provided by AMSAT-DL and operated there since January 2020, so that we can look forward to moving pictures, i.e. live videos, on the WB transponder in DATV (DVB-S2) from DP0GVN from the beginning of February. These live TV broadcasts are to be used mainly in the context of school contacts and similar events.

Location map of the research station on the ice shelf 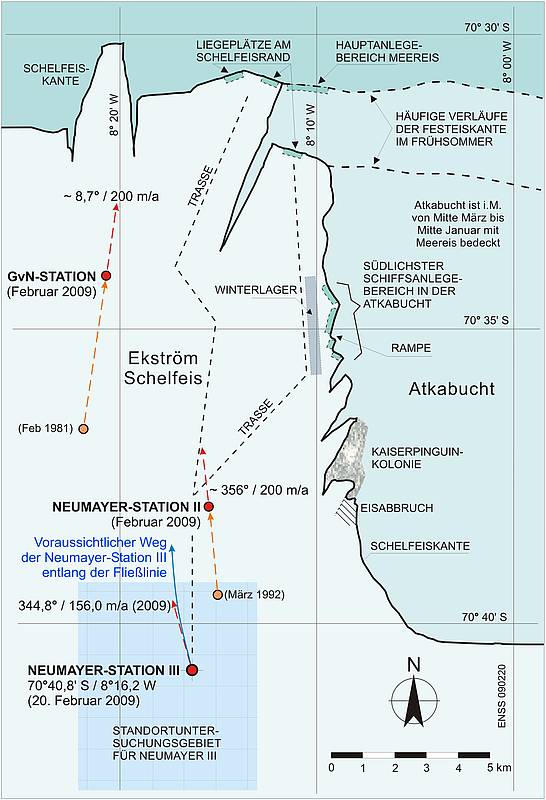 The arrival of Polarstern at the ice shelf edge at DP0GVN is expected for January 18, 2021.(Image credit: Alfred Wegener Institute, CC-BY 4.0) 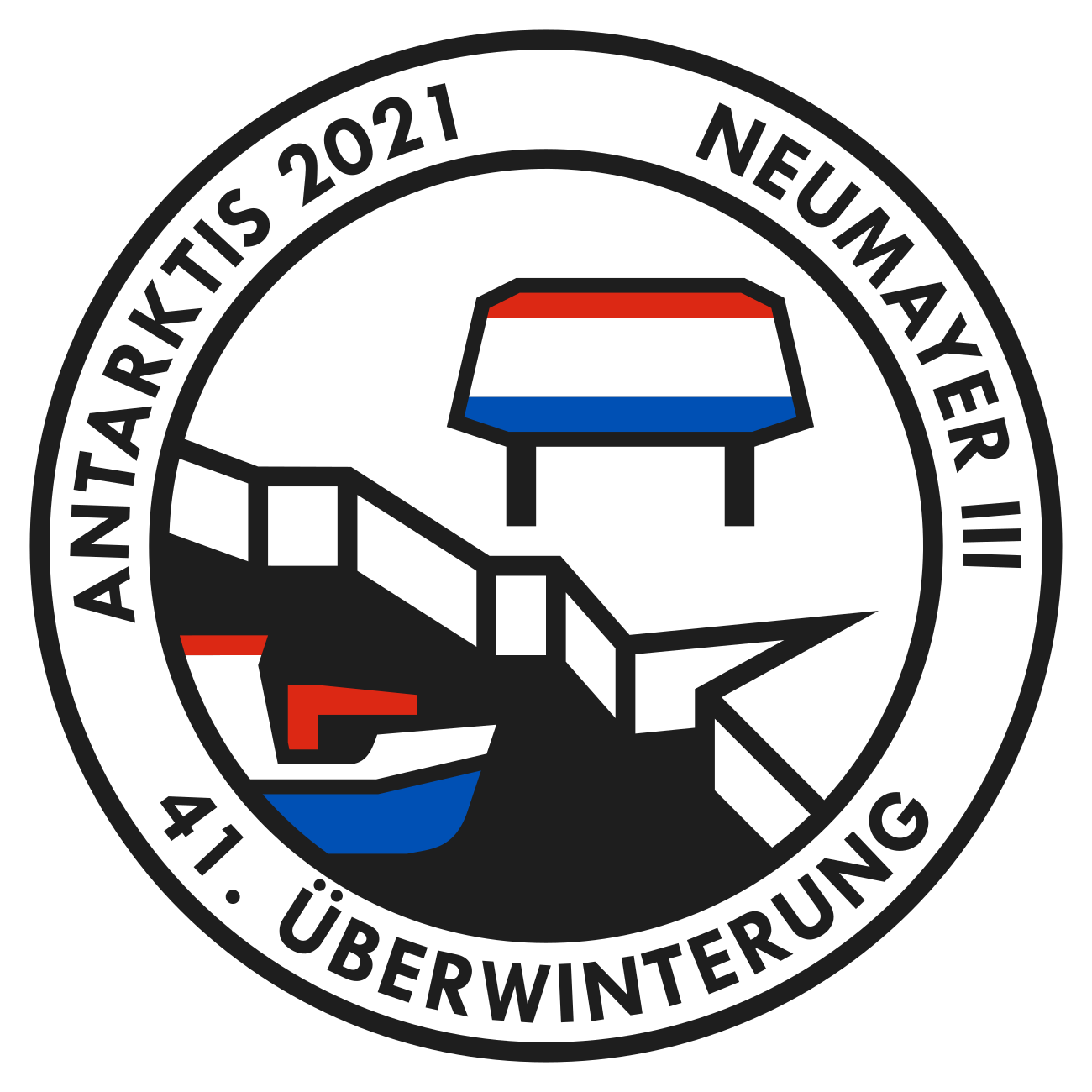